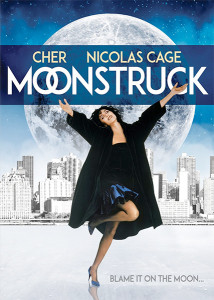 Romantic comedies don’t get any better than this film. But MOONSTRUCK has multiple storylines that also give it elements of a family drama and each one of those storylines is charming and wonderful. Cher plays a lonely widower who falls drunkenly into bed with the emotionally (and physically) wounded brother of her reluctant fiancée. Cheating is never a great starting point for me with any film, but Cher’s loveless engagement is so dry and passionless, you’re not the least bit concerned when her newfound passion for her fiancée’s brother threatens to set it on fire. Even though it’s her onscreen daughter who gets most of the screen time, Olympia Dukakis delivers a powerful and hilarious performance as a mother and wife grappling quietly with the realization that her husband has strayed after years of marriage. This is one of those rare films where every Oscar win was deserved. I usually screen this movie for the guy I’ve just started dating. If he doesn’t enjoy it, chances are we won’t get serous.