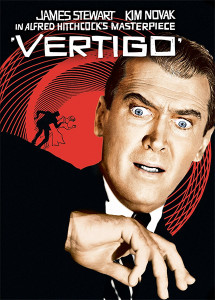 This was the Hitchcock film I grew into. When I was younger, nothing could beat REAR WINDOW for both ambience and suspense. Much more recently, I experienced NORTH BY NORTHWEST for the first time and fell in love with it’s energy and momentum. But VERTIGO haunted me so much after my initial lukewarm viewing that when I returned to it later, it was with a set of new eyes. It’s predominant themes of deception and sexual obsession influenced my early novels, especially THE SNOW GARDEN, in ways that only became clear to me later in life. And that score! That epic, soaring, haunting, hypnotic score from Bernard Herrmann. Also, it’s worth saying, I’m usually a sucker for any film that beautifully depicts San Francisco, the city where I was born and spent the first ten years of my life.