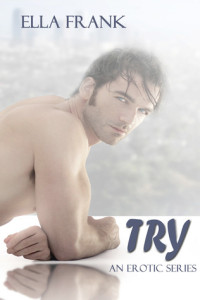 Melissa says, “If you’re stuck on a desert island with a romance novel, why take one that has only man in it, when you can have one with two?”

Sex. Logan Mitchell loves it, and ever since he realized his raw sexual appeal at a young age, he has had no problem using it to his advantage. Men and women alike fall into his bed—after all, Logan is not one to discriminate. He lives by one motto—if something interests you, why not just take a chance and try? And he wants to try Tate Morrison.