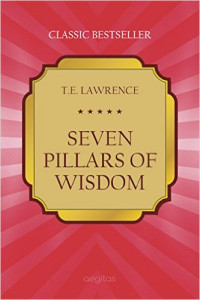 “The first book I ever read that made me aware that there was something called the gay universe. It was his war memoir, his experiences during the Middle East campaign during World War One. Aside from the fact that he took the standard war memoir and made it very personal, he got into ‘The Subject’ on page two, which was an incredibly courageous thing to do in the 1920s, to publish a book that talked about about men in uniform and the feelings that could come up and (their) relationships. I (first) read it as a classroom assignment. There was this incredible story thread of two Arab boys that had a relationship. He follows the story of these two boys. It was the first glimmering for me of a subject that I knew that someday I would have to write about myself. What amazes me is it’s always omitted from the lists of great gay (books). He’s an amazing writer (with) his own style. A very personal story. He just takes you into the heart of war and what it does to people—and what it did to him.”