Ham: Slices of a Life 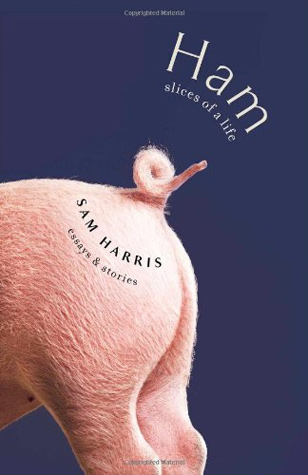 In a collection of personal essays that are “both rip-roaringly funny and sentimental, drawing natural (and justified) comparisons to David Sedaris and David Rakoff” (Esquire), longtime recording artist and actor Sam Harris recounts stories of friendship, love, celebrity, and growing up and getting sober. In sixteen brilliantly observed true stories, Sam Harris emerges as a natural humorist in league with David Sedaris, Chelsea Handler, Carrie Fisher, and Steve Martin, but with a voice uniquely his own. Praised by the Chicago Sun-Times for his “manic, witty commentary,” and with a storytelling talent The New York Times calls “New Yorker– worthy,” he puts a comedic spin on full-disclosure episodes from his own colorful life. In “I Feel, You Feel” he opens for Aretha Franklin during a blizzard. “Promises” is a front-row account of Liza Minnelli’s infamous wedding to “the man whose name shall go unmentioned.” In “The Zoo Story” Harris desperately searches for a common bond with his rough-and-tumble four-year-old son. What better place to find painfully funny material than in growing up gay, gifted, and ambitious in the heart of the Bible belt? And that’s just the first cut: From partying to parenting, from Sunday school to getting sober, these slices of Ham will have you laughing and wiping away salty tears in equal measure with their universal and down-to-earth appeal. After all, there’s a little ham in all of us.