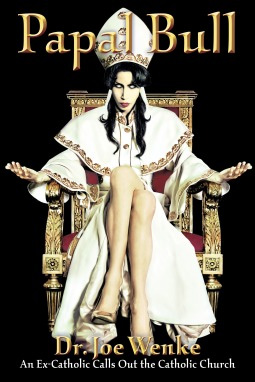 Dr. Joe Wenke, disciple of such brilliant and provocative social critics as Christopher Hitchens, Bill Maher and George Carlin, has taken on the Catholic Church with PAPAL BULL: An Ex-Catholic Calls Out the Catholic Church. Wenke bares the scars of his Catholic childhood and exposes the bizarre, absurd and downright frightening skeletons lingering in the Vatican closet. Following in the same hilarious, intellectual vein as YOU GOT TO BE KIDDING! A Radical Satire of the Bible, Wenke confronts the epic hypocrisy of the Catholic Church in a no-holds-barred examination of its history, practices and beliefs. Equal parts revelation, inquisition and humor, PAPAL BULL will make you rethink what you thought you knew about the Catholic Church.