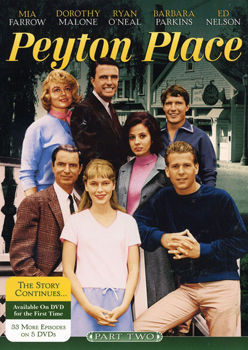 This ABC show introduced such taboo topics as extramarital affairs, unwed teen pregnancies, family betrayals, mental illness and even murder to 60s America primetime TV, and in the process became not only a ratings giant, but an enduring symbol of the era it represented. Featuring the widow Constance MacKenzie (1950s melodrama star Dorothy Malone), her innocent daughter Allison (Mia Farrow), the wealthy but troubled Rodney Harrington (Ryan O’Neal) and others, Peyton Place is as compulsively watchable today as it was 40 years ago.