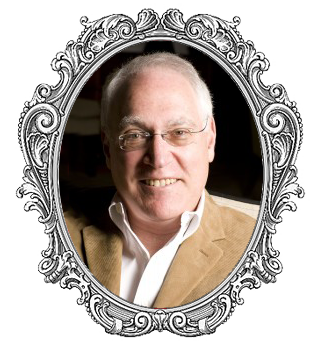 “The Dinner Party Show’s
Festival Of Books Presents…”
Leslie S. Klinger: One Of The World’s Foremost Experts On Sherlock Holmes
Leslie S. Klinger is considered to be one of the world’s foremost authorities on Sherlock Holmes and Dracula. Klinger is a member of the Baker Street Irregulars, and served as the Series Editor for the Manuscript Series of The Baker Street Irregulars; he is currently the Series Editor for the BSI’s History Series. He served three terms as Chapter President of the SoCal Chapter of the Mystery Writers of America and on its National Board. He is also the Treasurer of the Horror Writers Association. He lectures frequently on Holmes, Dracula, and their worlds, including frequent panels at the Los Angeles Times Festival of Books, Bouchercon, World Horror Convention, World Fantasy Convention, VampireCon, and Comic-Con, and he teaches regular courses on Holmes and Dracula at UCLA Extension. His introductions and essays have appeared in numerous books, graphic novels, academic journals, newspapers, and Playboy Magazine; he also reviews books for the Los Angeles Times. He is the technical advisor for Warner Bros. on the film Sherlock Holmes: A Game of Shadows (2011)

and served (without credit) in that role for Warner Bros.’ earlier hit Sherlock Holmes (2009)

. He has consulted on a number of comic books and graphic novels featuring Holmes and Dracula.

Les attended the University of California where he received an A.B. in English; he also attended the University of California School of Law (Boalt Hall), where he obtained a J.D. degree. He and his wife Sharon have five adult children and live in Malibu with their dog and three cats. By day, Klinger practices law in Westwood, specializing in tax, estate planning, and business law.

IN THE SHADOW OF SHERLOCK HOLMES