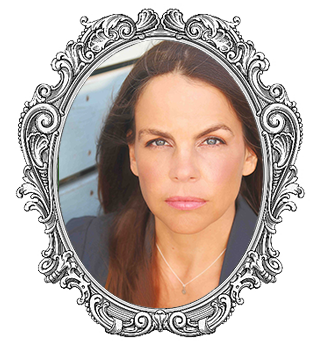 Margaret Stohl is the author of ICONS, the first book in the Icons Series – as well as the New York Times, USA Today, Publishers Weekly, Los Angeles Times, Indie-Bound and Internationally Bestselling co-author of the Beautiful Creatures Novels (with Kami Garcia.)

After working with Activision (now Activision/Blizzard) and Westwood Studios (now EA), Margaret became a co-founder of 7 Studios with her husband, Lewis Peterson. She has previously been nominated for “Most Innovative Game Design” at the Game Developers Conference.

Margaret has participated in the Nashville Screenwriters Conference, the Tribu dei Lettori in Rome, and the BAU Institute/Otranto Residency, as well as the LA Times Festival of Books, Romantic Times, and the Texas Book Festival. She was the Director of Programming for the 2011 YA Capitol Bookfest in Charleston, SC, and a founding member of the Smart Chicks tour.

Margaret has been featured in Amherst Reads, and is a contributor to the Los Angeles Review of Books. She has been a member of the WGA West and PEN West. Margaret’s original screenplays have been optioned by Clasky-Csupo and Nickelodeon Movies for feature film.

A graduate of Amherst College, where she won the Knox Prize for English Literature, Margaret earned a MA in English from Stanford University, and completed classwork for a PhD in American Studies from Yale University. Margaret was a teaching assistant in Romantic Poetry at Stanford, and in Film Studies at Yale. She attended the Creative Writing Program of the University of East Anglia, Norwich, where she was mentored by the Scottish poet George MacBeth.

Margaret loves traveling the world with her daughters, who are epee fencers, and living in Santa Monica with her husband, also a writer, and two bad beagles.