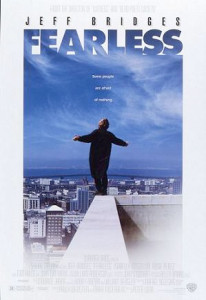 Based on the novel by Rafael Yglesias, who also adapted the screenplay, and directed by Peter Weir, FEARLESS is a 1993 drama starring Jeff Bridges,Tom Hulce, Isabella Rossellini, John Turturro and an Oscar-nominated Rosie Perez. The film centers on a group of survivors of a plane crash, specifically Bridges’ character, who loses his ability to experience fear. “A great, great movie,” says The Dinner Party Show guest Jack Morrissey. “It’s a beautifully observed tone poem. It could change your life if you intersect with it in the right way.” FEARLESS was only recently released on Blu-ray and Jack recommends this version rather than the pan-and-scan DVD version. “Finally, it got the respect it deserves from Warner Home Video,” he says.