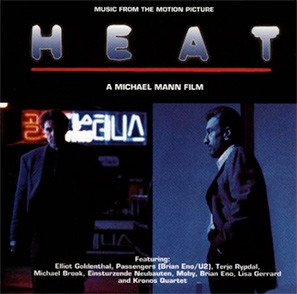 I’ve lost count of how many stories I’ve written with the music from this soundtrack pumping into my years. (The movie it accompanies is a sleek and visually stunning cops-and-robbers epic and you can find my review here in the Watch section.) Elliot Goldenthal is one of our most talented and underrated film composers. Here he employs a variety of modern electronic sounds that still feel cutting-edge years later. Moby and Bono make cameo appearances and tracks like ‘Refinery Surveillance’ and ‘Entrada & Shootout’ deliver the hard-charging intensity you’d expect from the score for any action film. Interesting side note: this album includes a different, more toned-down version of the Moby song ‘God Passing Over the Waters’ than the one that actually plays during the end credits for the film. You can find the version from the film, which is my favorite of the two, on Moby’s album, I Like To Score.