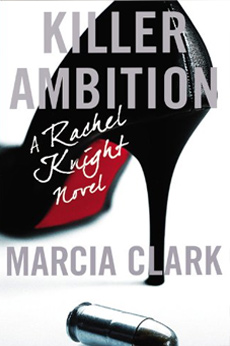 Overview Would you kill to protect your career? Los Angeles DA Rachel Knight is about to find out just how far—and how deadly—Hollywood ambition will go in her latest harrowing case. It started with the disappearance of a pretty young socialite who’s the daughter of big-time producer Russell Antonovich. When the girl turns up murdered, Rachel is pitted against Hollywood’s biggest power players as well as her own boss, who is desperate to stay on Hollywood’s good side. Along with her fierce and loyal sidekick, Detective Bailey Keller, Rachel uncovers an oily darkness beneath the glittering surface of the Hollywood elite. It began with the commission of Hollywood’s most cardinal, and most common, sin: the theft of a groundbreaking idea. And it quickly becomes clear that those who know the truth will kill to keep it secret…. GUILT BY AMBITION takes us on a thrilling ride through the darker side of Tinsel Town with LA’s most tenacious attorney: Rachel Knight.