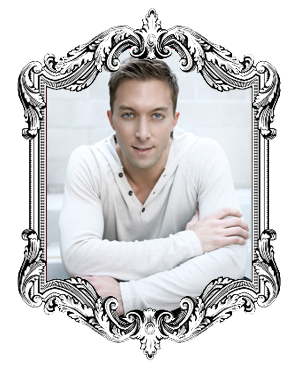 In his twelve-year career, Chad Hodge has created television series and written movies for HBO, Showtime, ABC, NBC, CBS, FOX, The CW, and ABC Family. Hodge grew up outside of Chicago and graduated Magna Cum Laude from Northwestern University with degrees in Communication Studies and Business. While at Northwestern he produced his first television show, a onehour soap called “University Place”. The Chicago Tribune called the show “phenomenal,” and increasing national attention landed Hodge his first television writing job in Hollywood. At 23, Hodge created “All About Us”, a single-camera comedy for NBC. He quickly made the leap to primetime drama and wrote for several series including “Veritas: The Quest” (ABC) and “Tru Calling” (FOX)

. He also scripted a number of television movies, including This Time Around and I Want to Marry Ryan Banks (starring Bradley Cooper) for ABC Family, and Disco Years for CBS.

In 2006, Hodge created “Runaway”, the critically-acclaimed series starring Donnie Wahlberg. It was the first new drama to air on The CW, and Tom Shales of The Washington Post said the script generated “the kind of suspense Hitchcock perfected in Saboteur, Young and Innocent and North by Northwest.” Hodge’s most recent creation was “The Playboy Club”, a onehour drama for NBC about the first Playboy Club in 1960’s Chicago. The Wall Street Journal raved that the show was “sharply drawn,” “riveting,” and proclaimed that “the life and feel of an earlier age that comes roaring out of the action so successfully here derives from the writing.”

In the summer of 2012, Hodge wrote the book for For The Record: John Hughes, a mashup musical of songs and scenes from classic John Hughes movies like The Breakfast Club and Ferris Bueller’s Day Off.

Hodge’s current projects include psychological drama “Wayward Pines”, an event series for FOX based on the novel by Blake Crouch, to be directed by M. Night Shyamalan. Hodge is also scripting Anita, a film about the notorious 1977 anti-gay rights campaign led by orange juice spokeswoman Anita Bryant, to be directed by Rob Epstein and Jeffrey Friedman (Lovelace).