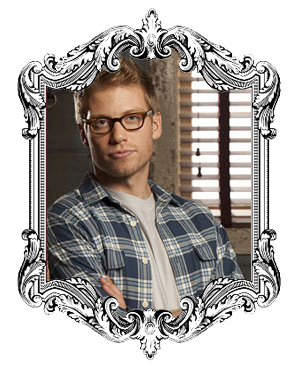 as tech operator Eric Beale. Barrett has guest starred on “Entourage,” “The Closer,” “Numb3rs,” and a recurring role on the original “NCIS: Ten Season Pack

Prior to moving to Los Angeles, Barrett starred as the leads in both Avenue Q and The 25th Annual Putnam County Spelling Bee on Broadway, and was in the original Broadway cast of Mamma Mia! He can be heard on the 30th anniversary recording of Godspell as Jesus.

In addition to musicals, Barrett has also been seen in numerous straight plays and comedies at such prestigious venues as Playwrights Horizons and The Public Theatre (off-Broadway in NYC), The Bay Street Theatre (in Sag Harbor; starring opposite Charles Busch and Richard Kind), and Hartford Stage and The Shakespeare Theatre in D.C., where he tackled Shakespeare starring as Claudio in Much Ado About Nothing. Born and raised in New York City, Barrett attended The Dalton School on Manhattan’s Upper East Side from Pre-K through 12th grade. During his high school summers, he attended Interlochen Arts Camp in upstate Michigan, and received his Bachelor of Fine Arts in Musical Theatre from The University of Michigan.

BUY FROM US AND SUPPORT THE SHOW