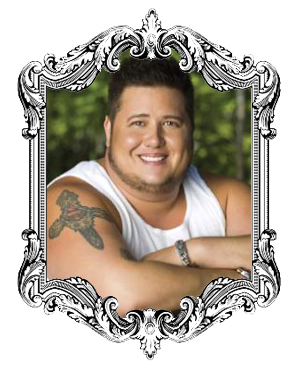 Chaz Bono is an LGBT rights advocate, three time author, speaker and the only child of famed entertainers Sonny and Cher. Chaz’s decision to come out as a Lesbian in 1995 prompted his public work in support of LGBT rights and social justice.

Chaz has contributed as a writer-at-large to The Advocate and in 1996 became the Human Rights Campaign’s National Coming Out Day spokesperson. Chaz also served as Entertainment Media Director for the Gay & Lesbian Alliance Against Defamation (GLAAD), and continues to speak at dozens of universities and LGBT events every year.

An acclaimed author, Chaz has written three books including Transition: Becoming Who I Was Always Meant to Be

, which was released by Dutton in May of 2011. Transition is his groundbreaking and candid account of a forty-year struggle to match his gender identity with his physical body and his transformation from female to male.

Adding to his multiple hyphenated talents, he has shared his life and experiences in the three-time Emmy nominated documentary, “Becoming Chaz”

“Intimate and nakedly honest, the documentary reveals the humanity and courage it takes for Chaz to ultimately embrace his true self.” The film received a standing ovation at its Sundance debut and was predicted to be a breakthrough in molding the American conversation about transgender issues by Rosie O’Donnell.  The world television premiere of the documentary aired on the Oprah Winfrey Network and garnered excellent ratings.

In 2011, Chaz signed on to compete with 11 other celebrities in the 13th season of ABC’s hit show, Dancing With The Stars. He was very excited to compete athletically and continue to create awareness and impact change for the LGBT community.

Most recently, Bono has appeared on the small screen with cameo appearances on ABC Family’s “The Secret Life of the American Teenager” and Teen Nick’s long running series “Degrassi” (Tonight, Tonight, pt. 2.

). Chaz recently starred in a 30 Minute Musical adaptation of Patrick Swayze’s Roadhouse featuring Bono singing original songs as he played the role of Tinker. Continuing his passion for acting, Chaz forges ahead with future acting endeavors.