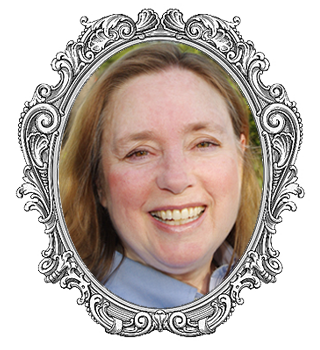 Karen Ocamb is an award-winning journalist with over 37 years of experience spanning print, broadcast and online media. Her career began in 1973, as a desk assistant at CBS News in New York; during the next eleven years, Karen worked with and learned from such legendary journalists as Walter Cronkite, Dan Rather and Bob Schieffer. She is currently News Editor at Frontiers In LA, the largest LGBT publication in Southern California.

Karen’s work in LGBT media began in the late 1980s, after she came out as a lesbian. During the height of the AIDS crisis, as beloved friends were dying, she felt a personal responsibility to provide valuable information and insight to the community, where she would refocus her professional talents.

Over the years, Karen has broken many significant LGBT news stories. She conducted the first LGBT interviews with then-presidential candidates Bill Clinton and Jerry Brown in 1991, along with an extensive interview with Hillary Clinton. Her 2007 article about New Mexico Gov. Bill Richardson, then a Democratic presidential candidate — who used the word maricÃ³n (“faggot,” in Spanish) on a national radio show — led to Richardson’s public apology. Karen’s 2006 investigation into how toddler Sarah Chavez was torn from the lesbian couple that wanted to adopt her, and placed with relatives who were later charged with her murder, rocked the L.A. County Department of Children and Family Services. Her coverage in 2003 of the former director of the LA County Office of AIDS Programs & Policy’s alleged use of favoritism in granting AIDS services contracts, was a wake-up call for the LGBT/AIDS community and LA County health deputies.

In 2001, when Karen served on the board of directors for the Los Angeles Press Club, she founded the LA Sunshine Coalition, which advocated for transparency and open government issues. She led the group through 2004, testifying before the LA County Board of Supervisors on the need for a “Sunshine Ordinance,” and helped produce journalism and educational panels on open government sponsored by the LA Press Club and the Society of Professional Journalists.

Since 2008, Karen has covered the Proposition 8 story in California in depth across multiple media — including a live broadcast on Michelangelo Signorile’s Sirius XM Radio show from a Prop. 8 protest in front of the Mormon Temple in Los Angeles on the day after that historic vote. Karen also contributed a chapter about Prop. 8 to a new book, Obama and the Gays: A Political Marriage

As a freelance journalist, Karen has written for the Los Angeles Times, Los Angeles Magazine, The Advocate,The Hollywood Reporter, and other publications. Prior to her tenure at Frontiers In LA, Karen served as news manager and producer at Gaywired.com; was LA news editor for the San Diego Gay and Lesbian Times; and was a regular columnist for Genre magazine and contributor to the Bay Area Reporter. Karen also served as producer and host of “Vantage Point,” a public access show in Los Angeles on Century Cable (now Time Warner Cable) that featured women journalists.