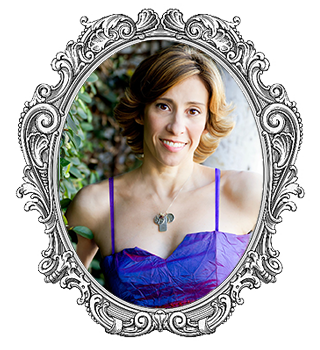 Kami Garcia is the #1 New York Times bestselling coauthor of the Beautiful Creatures & Dangerous Creatures Novels & the author of the instant New York Times bestseller & Bram Stoker Award nominated novel UNBREAKABLE, and the sequel UNMARKED, in the Legion Series. She is also a USA Today, Publisher’s Weekly, IndieNext, Los Angeles Times, and international bestseller. BEAUTIFUL CREATURES has been published in 50 countries and translated in 39 languages, and the series has sold over 5 million copies. BEAUTIFUL CREATURES was a finalist for the ALA’s William C. Morris Debut Author Award, a SCIBA Award Finalist, a New York Public Library’s “Books for the Teen Age” selection, and a YALSA “Teen Top Ten” Pick. BEAUTIFUL CREATURES was also Amazon’s #1 Teen Book of 2009, and #5 on the Editor’s Top 100 List.The film adaptation of BEAUTIFUL CREATURES released in theaters (2013) from Warner Brothers, starring: Viola Davis, Jeremy Irons, Emma Thompson, Emmy Rossum, Alice Englert, and Alden Ehrenreich. Kami was a 2012 recipient of the Bold Ink Award, and her short story “Red Run” was featured in The Guardian, after it was selected for the UK’s National Short Story Month. She is a member of PEN West, the Society of Children’s Book Writers and Illustrators, Science Fiction and Fantasy Writers of America, the Horror Writers Association, and works with WriteGirl, a creative writing and mentoring non-profit organization for girls. Kami has participated in the Los Angeles Times Festival of Books, Texas Book Festival, the Paris Book Fair, Roma Cinemafest in Rome, Book Expo America (BEA), ALA’s Annual Conference, San Diego Comic-Con, New York Comic-Con, Miami Book Festival, Baltimore Book Festival, Texas Library Association’s (TLA) Annual Conference, Decatur Book Festival, Texas Teen Book Festival, Southern Book Festival, Wondercon, and she was also an original member of the Smart Chicks Kick It Tour. Kami was a founding member of the Young Adult Capitol Bookfest (YALLFEST), in Charleston, SC, and continues as a board member and a YA programming coordinator for the festival, and she is a programming director for the Young Adult Track or the Romantic Times Booklovers Convention. Kami has appeared as a keynote speaker at the PennWriters Annual Conference and Books in the Basin Book Festival, and she is a guest of honor at the World Horror Convention in 2015.Kami grew up outside of Washington DC, wore lots of black, and spent hours writing poetry in spiral notebooks. As a girl with Southern roots, she’s very superstitious and would never sleep in a room with the number 13 on the door. When she’s not writing, Kami can usually be found watching disaster movies or Supernatural, listening to Soundgarden, or drinking Diet Coke.Kami has an MA in education and taught in the Washington DC area until she moved to Los Angeles, where she was a teacher & Reading Specialist for 14 years. In addition to teaching, Kami was a professional artist and led book groups for children and teens. She lives in Maryland with her family, and their dogs Spike and Oz (named after characters from Buffy the Vampire Slayer).