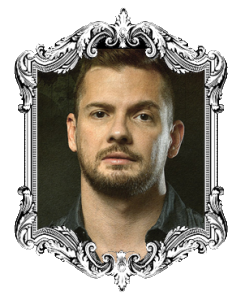 Camina’s previous film, RAID OF THE RAINBOW LOUNGE is a documentary about the controversial 2009 police raid of a Fort Worth, Texas, gay bar that sparked an unprecedented outcry by the gay community leading to historic change. The film, narrated by TV icon Meredith Baxter, opened to rave reviews and a media frenzy in March 2012. Since the premiere, the film screened at dozens of film festivals and garnered a number of awards, including 5 “Best” film awards.  Camina is very proud that the film is helping to create change. The film is still being used to turn an unfortunate event into far-reaching teachable opportunities. RAID OF THE RAINBOW LOUNGE is strengthening grassroots organizations, engaging local communities and advancing social change. Camina looks to use UPSTAIRS INFERNO in a similar way.

A highlight of Camina’s career was receiving an invitation to the White House for President Obama’s 2012 LGBT Pride Month Reception and greeting the President. Other highlights include meeting U.S. Attorney General Eric Holder and Valerie Jarrett (Senior Advisor to President Obama) in March 2012 and receiving an invitation by the U.S. State Department to screen RAID OF THE RAINBOW LOUNGE to a delegation of 16 visitors from Europe participating in the State Department’s International Visitor Leadership Program (IVLP) focusing on “Advocating for Human and Civil Rights for the LGBT Community”.  Camina was also incredibly honored to receive an invitation by North Texas U.S. Attorney Sarah Saldana to speak and screen the documentary during her office’s inaugural LGBT Pride Month Diversity Program. In addition, the film was chosen to screen at the Library of Congress in September 2014.  In January 2013, the Dallas Voice newspaper named Robert L. Camina one of the “North Texans Who Helped Define 2012” for his work with the film.