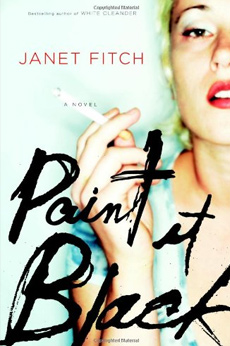 The aftermath of a suicide, set in 1980 punk rock LA. Josie Tyrell, art model, teen runaway, actress in student films, thinks she’s found her chance at real love and entre to a greater world in Michael Faraday—artist and Harvard dropout, son of a renowned concert pianist and grandson of a legendary film composer–until the day she receives a call from the Los Angeles County Coroner, asking her to identify her lover’s body. “What happens to a dream when the dreamer is gone?” is the central question of Paint It Black, the story of the aftermath of Michael’s death, and Josie’s struggle to hold on to the true world he had shared with her. Compounding her grief and rage is Michael’s pianist mother, Meredith Loewy, who returns to her native city with the news of her only son’s death. Despite a fierce mutual enmity, the two women find themselves drawn into an eerie relationship reflecting equal parts distrust and blind need.