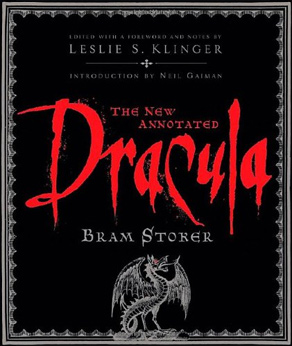 In his first work since his best-selling The New Annotated Sherlock Holmes, Leslie S. Klinger returns with this spectacular, lavishly illustrated homage to Bram Stoker’s Dracula. With a daring conceit, Klinger accepts Stoker’s contention that the Dracula tale is based on historical fact. Traveling through two hundred years of popular culture and myth as well as graveyards and the wilds of Transylvania, Klinger’s notes illuminate every aspect of this haunting narrative (including a detailed examination of the original typescript of Dracula, with its shockingly different ending, previously unavailable to scholars). Klinger investigates the many subtexts of the original narrative—from masochistic, necrophilic, homoerotic, “dentophilic,” and even heterosexual implications of the story to its political, economic, feminist, psychological, and historical threads. Employing the superb literary detective skills for which he has become famous, Klinger mines this 1897 classic for nuggets that will surprise even the most die-hard Dracula fans and introduce the vampire-prince to a new generation of readers.