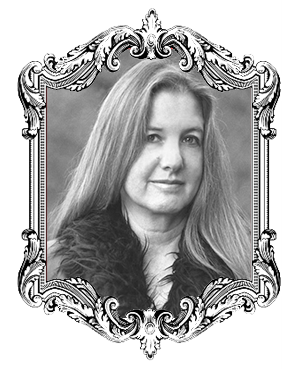 “The Dinner Party Show’s
Festival Of Books Presents…”
Janet Fitch
Janet was born in Los Angeles, a third-generation native, and grew up in a family of voracious readers. As an undergraduate at Reed College, she decided she wanted to become a historian. Janet was attracted to history, the sweep of events, the outsized personalities. Russian history was her specialty. She attended Keele University on a student exchange in Russian Studies, in pursuit of that field, when Janet woke up in the middle of the night on my 21st birthday, and realized she wanted to be a writer. What attracted her to history was the story, the characters, the writing itself. But Janet didn’t want to be an academic. She wanted to Live! She wanted to be Anais Nin, wear a cape and false eyelashes and have Henry Miller for a lover. It didn’t happen of course, Henry was dead by that time, but she became a writer.

Currently, Janet teaches a graduate fiction seminar in the University of Southern California’s Master of Professional Writing program, and after two novels set in Los Angeles, she deep into a book set during the Russian Revolution.