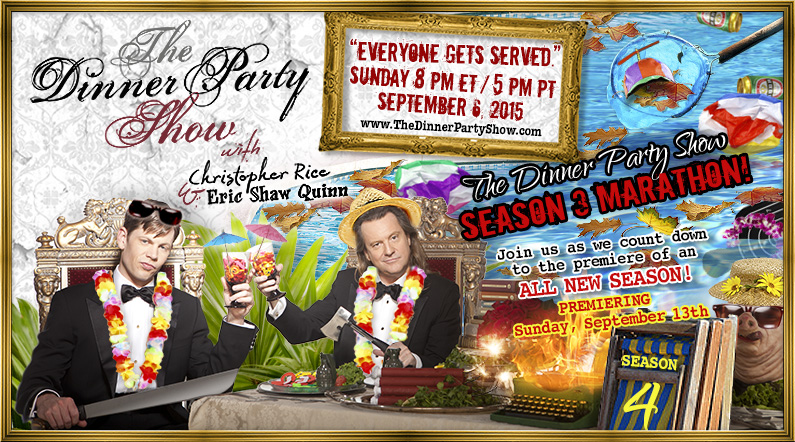 Count down to the debut of the all-new fourth season of “The Dinner Party Show” on Sunday, September 13, with this special season-three marathon featuring Jackie Collins, Kristen Johnston, Alec Mapa, Heather Matarazzo, Armistead Maupin, Jack Morrissey and Anne Rice; an interview series with the bestselling authors of “1001 Dark Nights”; a behind-the-scenes look at the making of the TV series “Wayward Pines” with Chad Hodge and Blake Crouch; a monthlong celebration of the NBC series “Hannibal” with Bryan Fuller, Beth Grant, Kami Garcia and Margaret Stohl, and much more.