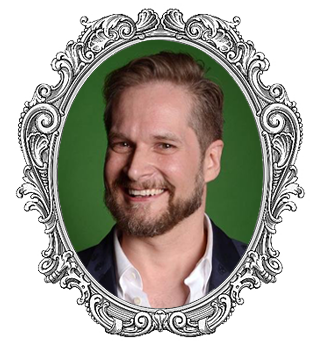 Bryan Fuller is executive producer and creator of NBC’s “Hannibal,” based on the characters from Thomas Harris’ classic novels. Fuller didn’t want to be a writer as much as he wanted to be a Star Trek writer. He got his start writing “Star Trek: Deep Space Nine,”

where he worked his way up from freelance writer to staff writer to co-producer. He charted a new path during his last year on

writing a spec pilot called “Dead Girl,” which became Showtime’s “Dead Like Me.”

with Mike Mignola for the Sci-Fi Channel. He also served as writer and co-executive producer on the first season of NBC’s “Heroes”

before leaving to create the Emmy Award-winning “Pushing Daisies.” He wrote and executive produced “Mockingbird Lane,” a reimagining of the classic sit-com “The Munsters” as a modern family dramedy, which aired on NBC in October 2012.