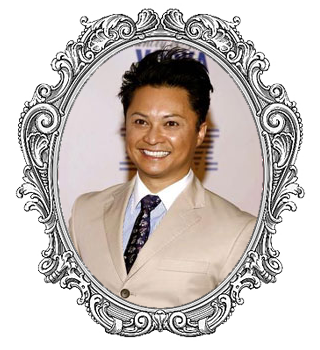 Alec Mapa is an actor/comedian who has entertained people in every possible medium all over the globe. As the co-host of Showville on AMC, Alec visited small towns throughout America and taught locals how to express their unique talents for their friends and neighbors.

TV audiences have also seen Alec in myriad of guest starring roles on classic TV shows such as Seinfeld, Roseanne, Friends, NYPD Blue, Dharma and Greg and countless others. “Guest starring roles on TV shows were my bread and butter throughout the 90’s ” says Mapa. “there were a million sitcoms with a couch and a family or a coffee shop and whenever they needed someone to make three lines funny, I was hired.” It was multiple guest starring roles that led to Alec’s first regular sitcom gig playing Vern on the short-lived sitcom “Some Of My Best Friends ” starring Jason Bateman. “The show was a huge flop. It ran 5 times in 4 different time slots ,but the show was written by Marc Cherry who then went on to write “Desperate Housewives” . Everyone who made sitcoms saw it, and decided I was trustworthy enough to carry a series regular role.”

Alec is the national spokesperson for Raise A Child US , an organization that encourages LGBT people to adopt through the Foster care system. A tireless advocate for LGBT rights, Alec has performed on behalf of The Matthew Shepard Foundation, HRC, The Trevor Project, GLAAD, R family , and The LA Gay and Lesbian Center. Alec’s tireless fundraising efforts for LGBT causes have earned him the unofficial title “America’s Gaysian Sweetheart”.