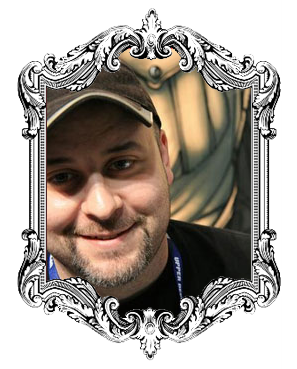 Marc Andreyko has been living in Los Angeles for nine years and believes that he is now officially a Californian. In addition to enjoying the snow-free environs of the City of Angels, Marc writes all sorts of stuff. Here are some highlights.

Translating the opera Pagliacci (also with PCR) for Pagliacci: The Clowns from Dark Horse.

Various issues of Wolverine, Blade, Shadows and Light and the Supernaturals (with Ivan Reis) for Marvel Comics.

for Wildstorm and a sadly unpublished revamp of THUNDER Agents for DC Comics.

for TMP/Image and his personal pride and joy: Manhunter

He’s also written some screenplays, pilots and has had director David Fincher (Seven) and Paramount Pictures sign on to do the film version of Torso

, which he co-authored with comic book heavyweight Brian Michael Bendis.