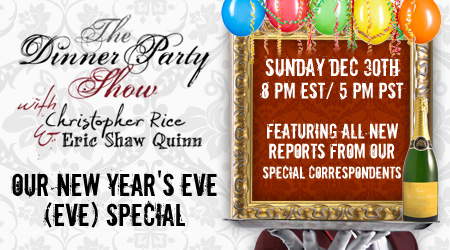 The world didn’t end as the Mayans (supposedly) predicted, so Christopher and Eric speculate on what apocalypse theory will next seize the public’s imagination. Texas travel agent Tanya Lee Musgrave attempts to clear the air about allegations that she’s a xenophobic racist. News correspondent Breck Artery gives us a year-end up wrap up. And critic-at-large Jordan Ampersand fills us in on the development of his catastrophic New Year’s Eve plans.