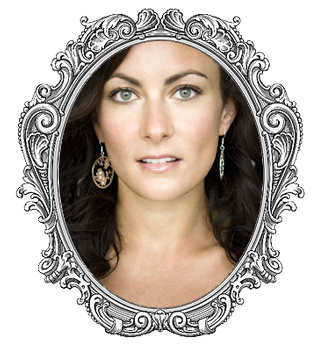 Laura Benanti was honored with the Tony, Drama Desk and Outer Critics Circle Award, and a Drama League nomination for her portrayal of Louise/Gypsy Rose Lee in the Patti LuPone revival of Gypsy

. She previously starred in the Encores! production. Broadway: The Sound of Music (Maria, opposite Richard Chamberlain), Swing!

, Pippin (Catherine) and Children of Eden. Off-Broadway: Why Torture Is Wrong, and the People Who Love Them, Time and Again (Julia, MTC). LA Opera: A Little Night Music (Anne). Williamstown: The Winter’s Tale (Perdita, opposite Kate Burton). Film: Falling for Grace (Princess Alexandra)

), as well as “NEO,” “The Stephen Schwartz Album” and “The Maury Yeston Songbook

.” Laura studies voice with her mother Linda Benanti, a former Broadway performer. She was raised in Kinnelon, NJ with her sister Marielle, by her mother and father, Dr. Salvatore Benanti. She is married to actor Steven Pasquale.