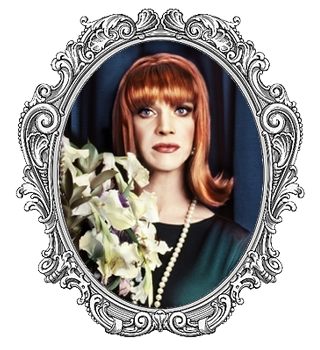 Storyteller/monologist Miss Coco Peru aka Clinton Leupp got his/her start as a downtown favorite in the cabaret world of NY after he wrote, produced, directed, and starred in his first show “Miss Coco Peru in My Goddamn Cabaret” 20 years ago.

.(Sundance 2002) For this film Coco shared the Best Actress Award with his two co-stars Jeffery Roberson and Jack Plotnick at the HBO Comedy Arts Festival in Aspen as well as the Best Actor Award at Outfest Film Festival. Other film appearances include To Wong Foo, Thanks for Everything! Julie Newmar, Nick and Jane, and Straight-Jacket

. Coco can be heard in the Disney animated feature, The Wild

, as Mamma Hippo! Coco has appeared in follow-up Girls Will Be Girls short films, recreating her role from that now cult film on the small, small screen also known as the internet, and in the spring of 2011, Coco completed filming Girls Will Be Girls 2, a sequel to the original Girls film which is planned to be released in 2013.

Coco hosts an on-going live series of shows at the Renberg Theater in Los Angeles called Conversations With Coco in which Coco interviews and celebrates the lives and careers of the GLBT community’s favorite icons. Miss Peru’s guests have been the amazing Bea Arthur, the sassy Lainie Kazan, drag legend Mr. Charles Busch, the beautiful Lesley Ann Warren, the wonderful Karen Black, and the incomparable Lily Tomlin.

Considered The Hostess with that something extra… Coco has hosted The GLAAD Awards in Los Angeles, Night of a Thousand Gowns in NYC, Chicago Takes Off, Hot and Dry in Palm Springs, The Black and White Ball in Reno and the BALIF (Bay Area Lawyers for Individual Freedom) Dinner in San Francisco. She has also been honored to be involved with numerous charities over the years including work for Trevor Project, Aids for Aids, and God’s Love We Deliver. In fact, the list is so long, the L.A. GLBT Center honored Coco in 2009 at their 38th Anniversary Gala with the Board of Director’s Award. The award was presented to Coco by Zachary Quinto (Star Trek, Heroes, So NoTorious).