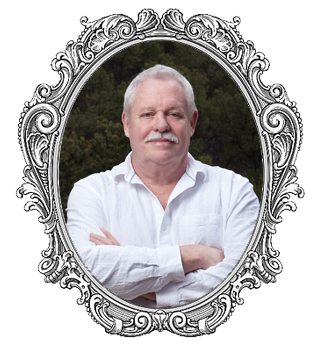 Armistead Maupin was born in Washington, D.C., in 1944 but grew up in Raleigh, North Carolina. A graduate of the University of North Carolina, he served as a naval officer in the Mediterranean and with the River Patrol Force in Vietnam.

Maupin worked as a reporter for a newspaper in Charleston, South Carolina, before being assigned to the San Francisco bureau of the Associated Press in 1971. In 1976 he launched his groundbreaking Tales of the City serial in the San Francisco Chronicle.

Maupin is the author of nine novels, including the Tales of the City

and, most recently, Michael Tolliver Lives

Maupin lives in San Francisco with his husband, Christopher Turner.

THE DAYS OF ANNA MADRIGAL
Past Episodes
Ep. 61 – ARMISTEAD MAUPIN