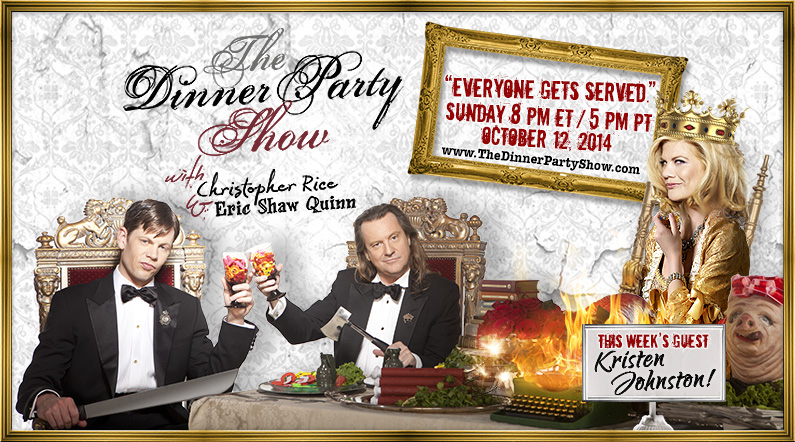 Kristen Johnston, the hilarious star of ‘Third Rock From The Sun‘ and TVLand’s ‘The Exes‘, is this Sunday’s guest on another live cast of The Dinner Party Show. She’ll chat with Christopher and Eric about her hilarious and heartbreaking memoir, ‘Guts‘, her controversial new blog and life as a former space alien. Leave a voicemail for Kristen on our Party Line at 323-PEZ-TDPS and we just might play it live on the air, this Sunday 8 PM ET/ 5 PM PT at TheDinnerPartyShow.com.