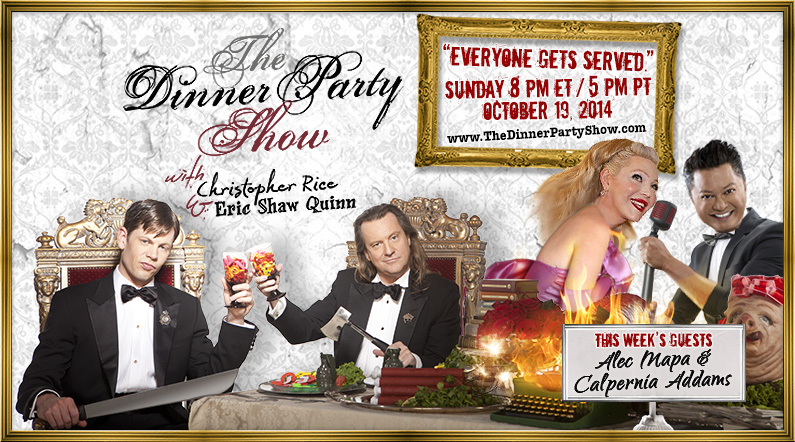 He’s back! One of our most popular guests, the hilarious Alec Mapa, returns to The Dinner Party Show. Only this time he’s not alone. He’s joined by “America’s transgender sweetheart”, Calpernia Addams. They’ll chat with Christopher and Eric about their new (rival!!) Internet radio show, Nooner and Christopher’s plans to destroy it with an army of comedy drones! Leave a question or a comment for Alec and Calpernia at 323-PEZ-TDPS and we just might play it live on the air this Sunday October 19th at 8 PM ET/ 5 PM PT.