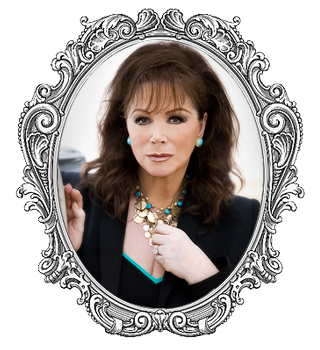 There have been many imitators, but only Jackie Collins can tell you what really goes on in the fastest lane of all.
From Beverly Hills bedrooms to a raunchy prowl along the streets of Hollywood; from glittering rock parties and concerts to stretch limos and the mansions of the power brokers — Jackie Collins chronicles the real truth from the inside looking out.Jackie Collins has been called a “raunchy moralist” by the late director Louis Malle and “Hollywood’s own Marcel Proust” by Vanity Fair magazine. With over 500 million copies of her books sold in more than 40 countries, and with some thirty New York Times bestsellers to her credit, Jackie Collins is one of the world’s top-selling novelists. She is known for giving her readers an unrivaled insiders knowledge of Hollywood and the glamorous lives and loves of the rich, famous, and infamous! “I write about real people in disguise,” she says. “If anything, my characters are toned down — the truth is much more bizarre.”Jackie Collins started writing as a teenager, making up steamy stories her schoolmates paid to devour. Her first book, The World Is Full of Married Men, became a sensational bestseller because of its open sexuality and the way it dealt honestly with the double standard. After that came The Stud, Sinners, The Love Killers, The World Is Full of Divorced Women, The Bitch, Lovers and Gamblers, Chances, and then the international sensation, Hollywood Wives — a #1 New York Times bestseller, which was made into one of ABC’s highest-rated miniseries starring Anthony Hopkins and Candice Bergen.

The Stud, The World is Full of Married Men, and The Bitch were also filmed — this time for the big screen. And Jackie wrote an original movie, Yesterday’s Hero, starring Ian McShane and Suzanne Somers.

Readers couldn’t wait to race through Lucky, her next book — a sequel to Chances — and the story of an incredibly beautiful, strong woman, another New York Times number one.

Then came the bad boys of Hollywood in the steamy Hollywood Husbands — a novel which kept everyone guessing the identities of the true-to-life Hollywood characters.

Jackie then wrote Rock Star – the story of three rock superstars and their rise to the top, followed by the long-waited sequel to Chances and Lucky – Lady Boss – tracking the further adventures of the wild and powerful Lucky Santangelo as she takes control of a Hollywood studio.

Both Lucky and Chances were written and adapted for NBC television by Jackie, who also executive produced the highly successful six-hour miniseries Lucky/Chances, starring Nicollete Sheridan and Sandra Bullock.

In 1992, she produced and wrote the four hour miniseries, Lady Boss, which became another huge ratings success for NBC. Lady Boss starred Kim Delaney. Next came American Star, a love story, which the Los Angeles Times described as “classic Collins.”

And then the dangerously close to the truth Hollywood Kids — a story of power, sex, danger and ambition among the grown offspring of major celebrities.

And then in 1998, Jackie hosted her own daily television show, Jackie Collins Hollywood. A combination of fun, style and interviews, Jackie talked to everyone from George Clooney to Jennifer Lopez.

After that she wrote L.A. Connections– a four-part serial novel published one per month — Power, Obsession, Murder and Revenge.

In 1999 came Dangerous Kiss – the return of Lucky Santangelo in a bestselling novel about relationships, addiction, fear and lust.

In June 2002, New York flash, L.A. trash and a Mafia don meet head-on in Deadly Embrace. This sexy tale of dangerous passion and suspense features heroine Madison Castelli and is both a prequel and a sequel to her adventures in the bestselling Lethal Seduction.

In 2003 came the bestselling Hollywood Divorces, the story of three very different women. Followed in 2005 by Lovers & Players — a story of family conflicts, three brothers and their billionaire father, a beautiful heiress, a hip-hop mogul, Russian call girls, illegitimate children and two murders. This all takes place over seven days in New York, and is another New York Times bestseller.

Drop Dead Beautiful – The Continuing Adventures of Lucky Santangelo was published in 2007. Lucky came back with a vengeance — bolder and more beautiful than ever! In Drop Dead Beautiful Lucky meets old friends and enemies, and deals with her wild sixteen-year-old daughter, Max, who is as stubborn and strong as her mom. Lucky plans to return to Las Vegas and build an amazing billion dollar hotel complex. But when she does… the trouble really begins…

Next came Married Lovers, a powerful look at the ins and outs of marriage in L.A.  It’s also the story of an under-age Russian girl who becomes involved in the sex trade, and eventually arrives in Hollywood and causes major trouble.

“Poor Little Bitch Girl” followed “Married Lovers,” another New York Times bestseller. It is the story of three very different women who all went to high school together. Denver Jones – a twenty-five year old kick ass associate lawyer in L.A. Carolyn Henderson – assistant to a powerful married Senator in Washington. And Annabelle Maestro – daughter of movie star parents, who has carved out a niche for herself as a much in demand New York madame running call girls.

And then there is Bobby Santangelo – Lucky’s Kennedyesque hot sexy son, with macho style, great looks and plenty of money. Everyone wants Bobby…

Throw into this mix a raunchy agent, a sixteen year old gangbanger’s girlfriend, an older superstar on the prowl, a lethal murder … and “Poor Little Bitch Girl” becomes a guilty pleasure for everyone to enjoy.

Jackie’s next novel “Goddess of Vengeance,” is the continuing adventure of Lucky Santangelo – much beloved by Jackie’s legion of readers – who makes a triumphant return in this story of lust, power and revenge set between Los Angeles and Las Vegas.  The Daily Mail called “Goddess of Vengeance,” “The book of the year.” Also returning in “Goddess of Vengeance” are Lucky’s gorgeous son, Bobby, with his girlfriend, Denver, and Max, Lucky’s wild little teenage daughter. And along for the thrilling ride is Armand Jordan, and to quote Jackie – “Armand is the nastiest villain I have ever created. But he was fun to write!”

In 2012 Jackie wrote a sexy sun-drenched thriller, “The Power Trip,” set on a state-of-the art luxury yacht off the coast of Cabo San Lucas. A tropical getaway with a cast of global power brokers and celebrities.

In “The Power Trip” you will meet Aleksandr Kasianenko, a billionaire Russian oligarch, as he sets sail on The Bianca with his sexy supermodel girlfriend. Also five dynamic, powerful and famous couples invited on the yacht’s maiden voyage: Hammond Patterson, a driven Senator, and his lovely but unhappy wife, Sierra. Cliff Baxter, a charming, never married movie star, and his ex-waitress girlfriend, Lori. Taye Sherwin, a famous black UK footballer and his interior designer wife, Ashley. Luca Perez, a male Latin singing sensation with his older decadent English boyfriend, Jeromy. And Flynn, a maverick journalist with his Asian renegade female friend, Xuan. You will also meet Russian mobster, Sergei Zukov, a man with a grudge against Aleksandr. And Sergei’s Mexican beauty queen girlfriend, Ina, whose brother, Cruz, is a master pirate with orders to hold The Bianca and its illustrious rota of guests for ransom.

“The Power Trip,” explores the decadent playgrounds of the super rich… and leaves you hungry for more.

After “The Power Trip” Jackie wrote “Confessions of a Wild Child” – the super adventures of Lucky Santangelo as a wild, out-of-control teenager with aspirations to follow in the footsteps of her father, the notorious Gino Santangelo. Lucky manages to rock everyone’s boats as she explores the world of boys, sex rock n’ roll and fun.

“The Lucky Santangelo Cookbook” is out now, a different kind of cookbook Jackie describes as decadent and delicious!

She is currently writing her next novel, “The Santangelos,” and is also working on a memoir, “Reform School or Hollywood,” and a coffee table book “Hollywood Snaps,” filled with celebrity photos she has taken over the years.

Jackie has three grown daughters and she lives in L.A. She refers to herself as a popular culture junkie and a major TV addict. Her hobbies are music – everything from soul to rap, taking photographs and visiting exotic locations so that she can write about them later. Jackie firmly believes that the truth is always much stranger than fiction.