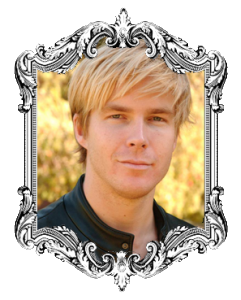 Emmy-nominated producer, writer and director, Adam graduated from the University of Southern California’s School of Cinematic Arts, a double major in film production and acting.

Robitel recently co-wrote, produced, edited and directed, The Taking of Deborah Logan, a found-footage horror thriller for Bryan Singer’s Bad Hat Harry Productions. The Taking of Deborah Logan was named a “Netflix Horror Gem” by The Wrap and won an iHorror Award for best direct release of 2014. The scribe has recently been brought in to do production rewrites on Paramount’s Paranormal Activity: The Ghost Dimension.  Robitel’s follow up directorial effort, “The Bloody Benders”, based on the infamous true story, will be produced by Guillermo delToro. A twisted horror, western, love story, The Bloody Benders is one of the great untold stories of the American west and America’s first serial killing family.