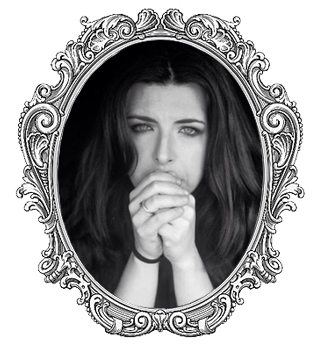 Heather Matarazzo has two decades of award-winning and critically-acclaimed performances in both major studio film as well as independent cinema.

(winner of the Grand Jury Award at Sundance and prizes from the Berlin Film Festival and The National Board of Review) brought Heather international recognition as one of the finest actresses of her generation. She garnered universal raves as well as the Independent Spirit Award for Best Debut Performance.

She appeared in a succession of studio films beginning with Taylor Hackford’s The Devil’s Advocate opposite Keanu Reeves, 54 with Ryan Phillippe, Wes Craven’s horror hit Scream 3 and Doug McGrath’s Company Man.  She went on to wow audiences globally with indie film-fest favorites such as Hannah Weyer’ s Arresting Gina, Morgan J. Freeman’s Hurricane Streets, Sarah Kernochan’s All I Wanna Do, Lysanne Skyler’s Getting to Know You and John Gallagher’s The Deli, Penance, and Blue Moon. In these films, Heather proved equally adept at both comedy and drama and continued to entertain and seize opportunities and offers from top producers and directors.

Heather recently completed her work on Tina Faye and Amy Poehler’s forthcoming motion picture comedy, The Nest, in which she plays opposite Maya Rudolph and co-stars in the forthcoming independent film, Girl Flu, which is due out in Fall 2015.

She expanded her fan base and stretched her skills even further with her controversial work in Eli Roth’s Hostel: Part II.

Heather made her Broadway debut in The Roundabout Theatre Company‘s revival of The Women with Jennifer Tilly, Cynthia Nixon, Jennifer Coolidge, Amy Ryan and Rue McClanahan, directed by Scott Elliott. She also appeared in Servicemen with The New Group and Miracle Worker as Helen Keller at the Geva Theatre.

She appeared in Sheryl Crow ‘s music video “A Change Would Do You Good,” directed by Michel Gondry, and Nada Surf’s video for “Treehouse.”

After taking a small sabbatical from film and focusing her energy on human causes and campaigns both domestic and global, Heather Matarazzo is already making a significant comeback with fantastic film and TV performances already in the can as well as several major projects in the works.