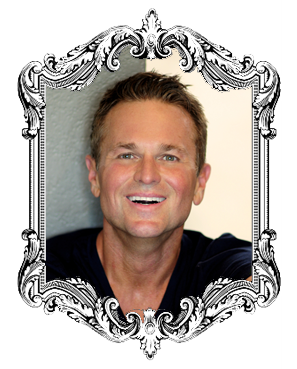 Sam Harris’ diversified career has run the gamut from singer and songwriter to actor on Broadway, film and television to writer, director, producer and author. After pulling a weekly audience of more than 25 million viewers and going on to win Star Search in its premiere season, Sam and his powerhouse pop, gospel and theater influenced vocals have never looked back.

He is a multi-platinum recording artist with 9 studio CDs to his credit including SAM HARRIS and SAM-I-AM (both top 40 hits), STANDARD TIME AND DIFFERENT STAGES (produced and conducted by the legendary Peter Matz, and which have been listed on numerous “Top 100 Records of All Time” lists.)

Sam has toured extensively in concert and has played to sold-out audiences at major venues including New York’s Carnegie Hall, Los Angeles’ Universal Amphitheatre, London’s West End and with The Boston Pops. He also participated in Cyndi Lauper’s TRUE COLORS tour. Sam has appeared at The White House, on numerous television specials and live productions, and has been a guest artist on virtually every talk show from Leno to Fallon; his favorite in an historic time, when he performed a stirring “You’ll Never Walk Alone” on THE OPRAH WINFREY SHOW in the week following September 11th.

On Broadway, Sam received a Tony, Outer Critics Circle and Drama Desk nominations for his work in Cy Coleman’s THE LIFE as well as a Drama League Award and Drama Desk nomination for his role in Tommy Tune’s GREASE. He has also appeared on Broadway in Mel Brooks‘ THE PRODUCERS. Sam has starred in JESUS CHRIST SUPERSTAR, CABARET, JOSEPH…, HAIR, PIPPIN, THE JAZZ SINGER, THE FIRST WIVES CLUB and the smash hit, one man show SAM, and the duets show, SCHMOOLI & MINNOOLI, with Liza Minnelli.

Behind the scenes, Sam co-wrote the TBS sitcom, DOWN TO EARTH, which ran for 4 years. He also co-produced the television special LOVE LETTER TO NEW YORK, supervised and directed segments of MICHAEL JACKSON’S 30TH YEAR ANNIVERSARY at Madison Square Garden, and wrote LIZA’S AT THE PALACE for Liza Minnelli, which won the 2009 Tony Award. He created and directed the concert event, NEW YORK’S FINEST – BROADWAY’S LEADING MEN.

His first book, “HAM: Slices of a Life” (Simon & Schuster), a collection of stories and essays, was released last year and received much critical acclaim. His theatrical show, Ham, based on the book just completed an Off-Broadway run with future productions in the works.