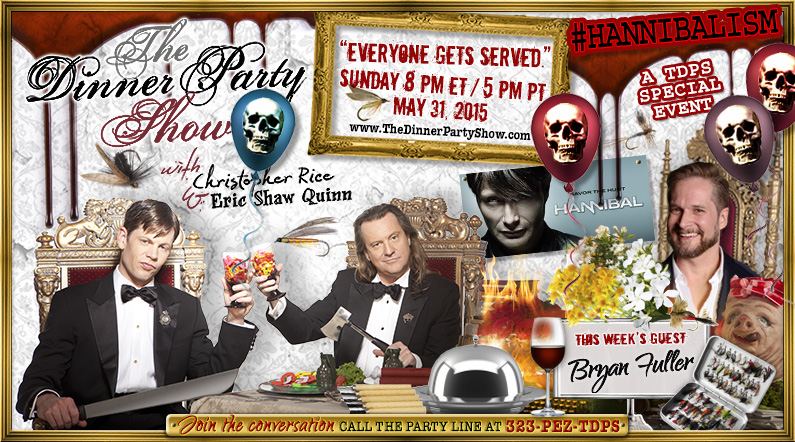 #Hannibalism descends as Christopher and Eric welcome filmmaker Bryan Fuller back to the banquet table to dissect the third season of NBC’s hit drama series “Hannibal.” Meanwhile, adorably incompetent critic-at-large Jordan Ampersand attempts to discern whether the gorier elements of “Hannibal” are true-to-life, and a brand-new advertiser debuts the trailer for “True Horror,” a bone-chilling tale of the current Republican presidential nomination candidates.