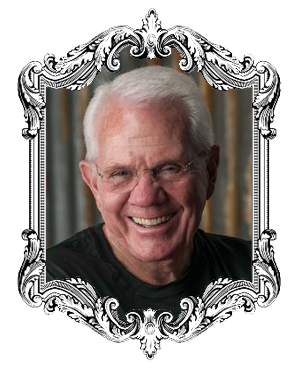 John Wilder is an award-winning writer, producer and director of nearly 400 hours of prime-time drama on network and cable television, John Wilder’s Hollywood roots have been transplanted to Santa Barbara, CA, where he is Writer in Residence and Adjunct English Professor for prestigious Westmont College. Wilder makes his novel debut in 2015 with NOBODY DIES IN HOLLYWOOD, a murder mystery set in his old stomping grounds of Los Angeles. He is a graduate of UCLA and a former film and television actor.

The following are just some of John Wilder’s numerous credits.

Received the Writers Guild Award for Best Long-form Drama, the Western Heritage Award, and a Golden Globe Nomination for his adaptation/production of James A. Michener’s Centennial, the epic, 26-hour NBC mini-series, and one of the biggest television events of its time. Wilder also Executive Produced the film for Universal Pictures.

Received a Golden Globe Nomination for John Jakes’ The Bastard, 4-hour mini-series adaptation he Executive Produced for Operation Prime time network, based on the bestselling novel.

for ABC; and selected by Anne Rice to adapt her novel The Feast of All Saints for Showtime, as well as her bestselling Mayfair Witches trilogy, The Witching Hour, Lasher, and Taltos for NBC. Wilder is currently adapting the National Book Award-winning novel Short Nights of the Shadow Catcher, by bestselling author and journalist, Timothy Egan.