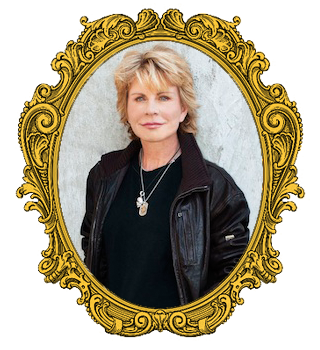 Patricia Cornwell has sold over 100 million books. She sold her first novel, Postmortem, while working as a computer analyst at the Office of the Chief Medical Examiner in Richmond, Virginia. Postmortem, was the first bona fide forensic thriller. It paved the way for an explosion of entertainment featuring in all things forensic across film, television and literature.

The transition to literary superstar was not easy. At her first signing, held during a lunch break from the morgue, Patricia sold no copies of Postmortem and fielded exactly one question – an elderly woman asked her where she could find the cookbooks.

Postmortem would go on to win the Edgar, Creasey, Anthony, and Macavity awards as well as the French Prix du Roman d’Aventure prize – the first book ever to claim all these distinctions in a single year. To date, Cornwell’s books have sold some 100 million copies in thirty-six languages in over 120 countries. She’s authored twenty-nine New York Times bestsellers.

Patricia’s novels center primarily on medical examiner Kay Scarpetta along with her tech-savvy niece Lucy and fellow investigator Pete Marino. Celebrating 25 years, these characters have grown into an international phenomenon, winning Cornwell the Sherlock Award for best detective created by an American author, the Gold Dagger Award, the RBA Thriller Award, and the Medal of Chevalier of the Order of Arts and Letters for her contributions to literary and artistic development.

Patricia’s literary career expands outside the realm of the Kay Scarpetta series – she’s authored a definitive account of Jack the Ripper’s identity (Portrait of a Killer: Jack the Ripper–Case Closed

), and a biography of Ruth Graham (Ruth, A Portrait: The story of Ruth Bell Graham

Though Cornwell now lives in Boston, she was born in Miami and grew up in Montreat, North Carolina.  After earning her degree in English from Davidson College in 1979, she began working at the Charlotte Observer, taking whatever stories came her way and rapidly advancing from listing television programs to covering the police beat. Cornwell received widespread attention and praise for her series of articles on prostitution and crime in downtown Charlotte. From the Charlotte Observer, Cornwell moved to a job with the Office of the Chief Medical Examiner of Virginia – a post she would later bestow upon the fictional Kay Scarpetta. It was during these years that Patricia penned Postmortem and began submitting it to major publishing houses in New York, without initial success.

When not writing from her Boston home, Patricia tirelessly researches cutting-edge forensic technologies to include in her work. Her interests span outside the literary: Patricia co-founded of the Conservation Scientist Chair at the Harvard University Art Museums. She appears as a forensic consultant on CNN and serves as a member of Harvard-affiliated McLean Hospital’s National Council, where she advocates for psychiatric research. She’s helped fund the ICU at Cornell’s Animal Hospital, the scientific study of a Confederate submarine, the archaeological excavation of Jamestown, and a variety of law enforcement charities.  Patricia is also committed to funding scholarships and literacy programs. Her advice to aspiring authors: “Start writing. And don’t take no for an answer.”