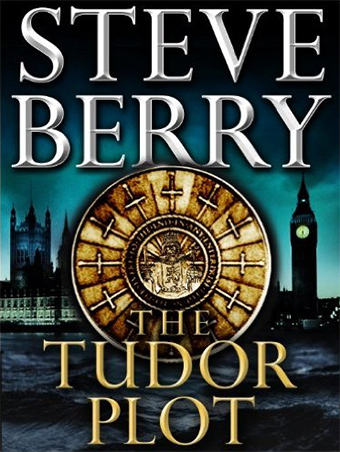 In this original eBook novella by the New York Times bestselling author of The King’s Deception, globetrotting intelligence agent Cotton Malone is lured into dangerous intrigue surrounding the world’s most famous royals—and uncovers a murderous conspiracy of terrorists and traitors, all born from an ancient tale of Saxon history.

In England to participate in the trial of suspected international terrorists, Justice Department agent Cotton Malone is mysteriously summoned to an audience with the Queen of England. A cryptic call has warned of looming danger to the ailing queen’s son and grandson—the next two heirs in line for the throne. And when the source of that ominous information, a notorious tabloid publisher, dies mysteriously, the royal family has reason to fear a genuine conspiracy. But they also suspect that the enemy lies within—and no one at Buckingham Palace, or even the nation’s own Secret Intelligence Service, can be trusted. Now it’s up to Malone to discover the truth. Matching wits with a power-mad politician and a vicious royal blue blood, he must race against time through the streets of London to the forbidden reaches of Iceland, all to stop a monstrous plot to seize the monarchy—one that stretches back to the time of Arthur.