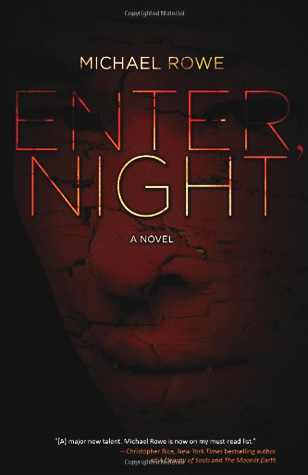 The year is 1972. Widowed Christina Parr, her daughter Morgan, and her brother-in-law Jeremy have returned to the remote northern Ontario mining town of Parr”s Landing, the place from which Christina fled before Morgan was born, seeking refuge. Dr. Billy Lightning has also returned in search of answers to the mystery of his father”s brutal murder. All will find some part of what they seek-and more. Built on the site of a decimated 17th-century Jesuit mission to the Ojibwa, Parr”s Landing is a town with secrets of its own buried in the caves around Bradley Lake. A three-hundred-year-old horror slumbers there, calling out to the insane and the murderous for centuries, begging for release-an invitation that has finally been answered. One man is following that voice, cutting a swath of violence across the country, bent on a terrible resurrection of the ancient evil, plunging the town and all its people into an endless night. “Enter, Night is so rich and assured it”s hard to believe it”s Michael Rowe”s first novel. In its propulsive depictions of deeply sympathetic characters converging on a small town in the grip of gathering horrors, it skillfully brings to mind the classic works of Stephen King and Robert McCammon. But the novel”s breathtaking, wholly unexpected and surprisingly moving conclusion heralds the arrival of a major new talent. Michael Rowe is now on my must-read list.” -Christopher Rice, New York Times bestselling author of A Density of Souls and The Moonlit Earth “With Enter, Night, Michael Rowe does the near impossible and rescues the modern vampire novel from its current state of mediocrity with his dead-on portrayal of the gothic small town, rich characters and deeply frightening story. This is a novel by a writer to watch, starting now. Read Enter, Night. With the lights on.” -Susie Moloney, bestselling author of A Dry Spell, The Dwelling, and The Thirteen