GUTS: The Endless Follies and Tiny Triumphs of a Giant Disaster 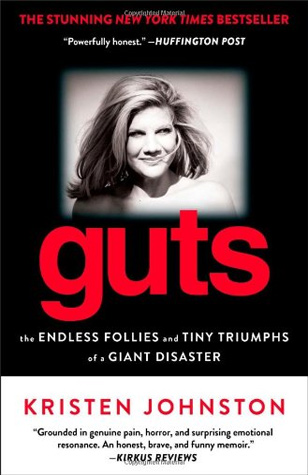 The New York Times bestseller—a harrowing and hysterical memoir by the two-time Emmy Award-winning actress from the hit television show 3rd Rock from the Sun.

“It felt like I was speeding on the Autobahn toward hell, trapped inside a DeLorean with no brakes. And even if I could somehow stop, I’d still be screwed, because there’s no way I’d ever be able to figure out how to open those insane, cocaine-designed doors.”

Actress Kristen Johnston has written her first book, a surprisingly raw and triumphant memoir that is outrageous, moving, sweet, tragic, and heartbreakingly honest. Guts is a true achievement—a memoir that manages to be as frank and revealing as Augusten Burroughs, yet as hilarious and witty as David Sedaris. Johnston takes us on a journey so truthful and relatable, so remarkably fresh, it promises to stay with you for a long, long time.