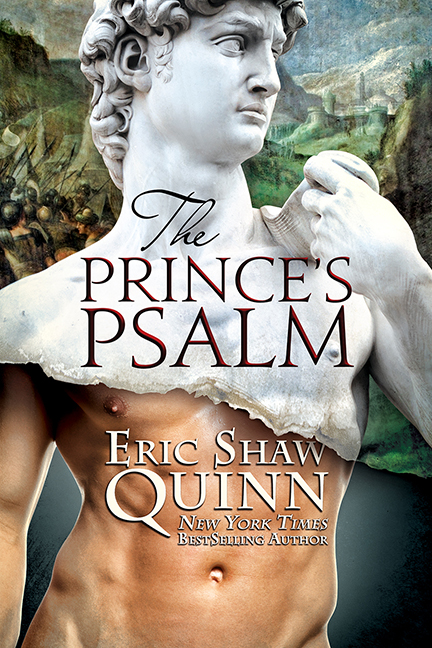 David not only slew Goliath, he won the heart of Prince Jonathan, heir to the throne of Israel. They were star-crossed warrior lovers whose passionate affair changed history and gave rise to the nation of Israel, a legacy that has endured for 3,000 years. Their epic love story stands at the center of a religious tradition that shaped the world.

But Jonathan and David were also two men torn between duty and tradition, driven by their undeniably passionate and physical love for one another. Who were they beyond the historical facts given in the Bible? What were they like—as men? This modern-day novel tells the story of Israel’s first king and the man who captured his heart.

Eric Shaw Quinn is the co-host and executive producer of the popular podcast, TheDinnerPartyShow.com. Aside from his debut novel Say Uncle, he has published Write Murder, and two books based on characters from the hit Showtime series Queer as Folk. His work as a ghostwriter for a certain celebrity earned him the distinctive title of Amazon’s #1 chick lit author for 2004.