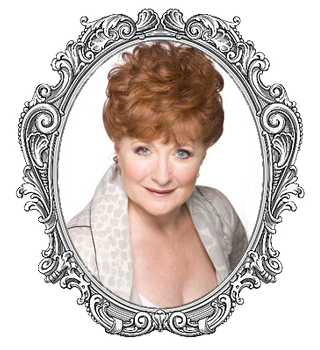 ANN WALKER grew up in Houston, Texas. She attended Stephen F. Austin High School and was a member of the famed Scottish Brigade Drill Team. Proudly, Ann can still do the Highland Fling with the best of them. She started her acting career in Houston, appearing in many small theater productions that made up the theater community of Houston in the late 60’s and early 70’s and culminating with the Alley Theaters’ 25th anniversary production of “Camino Real” by Tennessee Williams directed by the legendary Nina Vance. After that she went first to New York City to study at the American Academy of Dramatic Arts then to Los Angeles in 1974 to continue the pursuit of her dream. She worked in regional theater for a while ending on a tour with the legendary Pat O’Brien. After returning to Los Angeles she worked continually in films, television and theater over the next fifteen years.

In April of 2001 she completed the 10-month Los Angeles run of Del Shores’ newest play, Southern Baptist Sissies. Her portrayal of Odette Annette Barnett garnered her a Robby Award, a Maddy award, as well as the prestigious Los Angeles Drama Critics Circle Award and a nomination from her peers for The Ovation Award. Ann happily returned to Dallas, Texas last year to play Odette again in SOUTHERN BAPTIST SISSIES to SRO houses.

Los Angeles theater-goers have enjoyed her in other award-winning productions such as Tyler Hansen’s BALLAD (for which she received a Drama-Logue award and the Robby Award for Best Actress in a Drama), RAIN, BEST WISHES, HOW THE OTHER HALF LOVES, HYSTERICAL BLINDNESS, OPERA COMIQUE, STEEL MAGNOLIAS, THE GLASS MENAGERIE, DAUGHTERS OF THE LONE STAR STATE by Del Shores. But her biggest joy in her theatrical career came in 1996 with Del’s other big comedy hit SORDID LIVES in which Ann originated the enduring and beloved LaVonda Dupree, a role she reprised in the award winning film in 2000.

played to delighted audiences in many cities around the U.S. and Canada but the phenomenon that occurred in Palm Springs, California astounded everyone. The movie played for an extraordinary three years in Palm Springs. In April of 2002, the mayor proclaimed two days as SORDID LIVES DAYS IN PALM SPRINGS.

This wild Texas comedy has a following that crosses all groups of people, gay/straight, young and old.

Some of Ann’s other film credits include: Father of the Bride 2

, The Fanatics, It Takes Two

, to name a few. Her TV guest appearances have included: THE SUITE LIFE, PROVIDENCE, ARLISS, PASSIONS, STATE OF GRACE, LAS VEGAS, SEX,LOVE & SECRETS, MADTV and another installment of THE RUTLES, with Eric Idle. You can look for some of her movies-of-the-week: THE MARY KAY LETOURNEAU STORY, SHE’S NO ANGEL and WILLING TO KILL, The Texas Cheerleader Story and most recently LONE RIDER.